We had our first overnight since the new cubs joined up.

This was a big event with a great turnout of 28 cubs.

We also had a founders day event earlier in the evening and were joined by a number of the other cub and beaver packs.

For founders day we had a lovely ceremony with a film on Baden Powell, a song on the scout law and a slide show of recent cub outings. This was concluded with many of the beavers, cubs and some scouts lighting candles and saying a few words about what it means to be a scout. This was followed by a cub of tea for all who attended.

After that our seconders treated us to a number of games. Great imagination and fun by everyone taking part in the games. 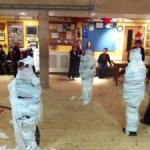 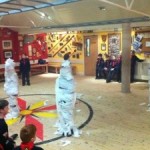 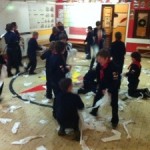 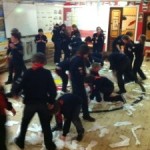 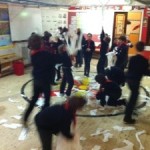 We then went for a night time walk in the vicinity of the den. It was a cold night with the odd flake of snow making an appearance. We were all happy to get back to the den and warm up with a nice cub of hot chocolate and a few biscuits.

We then got ready for bed and set up a film to watch.

Everyone enjoyed that and when the film was over we went asleep (eventually) for the night.

Once everyone had nodded off, there wasn’t another sound until morning. A good sign that everyone had enjoyed the activities and were ready for sleep given the active evening that was in it.

In the morning we had pancakes and cereal and juice for breakfast. Shortly afterwards we all headed home.

This entry was posted in At the Den. Bookmark the permalink.